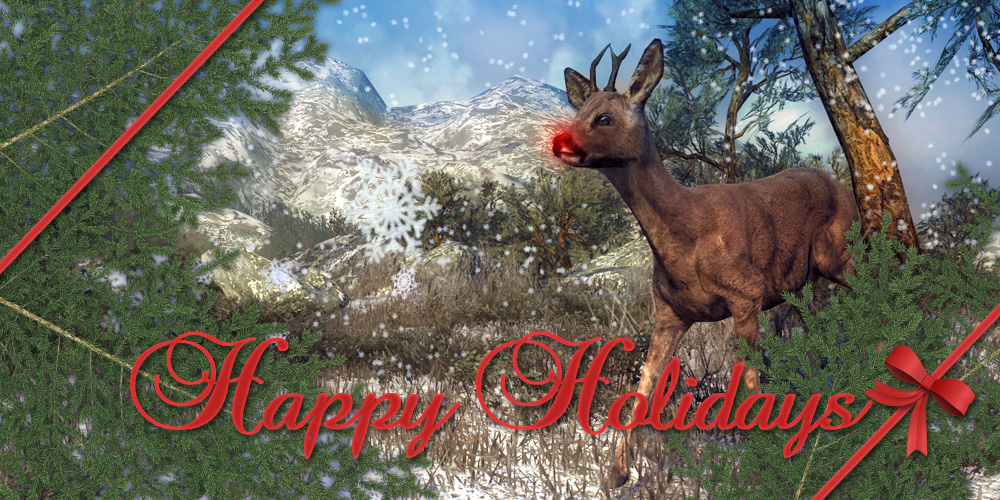 It’s been quite an exciting year for us here at Expansive Worlds. We’ve expanded the team, we released multiplayer, two new reserves, three new species and a bunch of new weapons and equipment. Based on the number of players we see in the game it seems as we’ve been working on the right stuff. We do know that there still are some bugs in the game, but we will continue to find and kill them as fast as we possibly can.

Most of us will now go on a well deserved vacation and come back next year, but a few will keep working over the Holidays. When we’re all back at the office we’ll start planning next years adventures in theHunter.

We’d like to take this opportunity to thank all of you who have played and enjoyed the game we love developing. A special warm thanks goes to our beta testers, our translators and of course our community moderators. We couldn’t do this without you guys and gals! And also all you YouTuber’s, creating fantastic theHunter videos, thanks and keep up the good work. We really appreciate your creations!

Next status update will most likely come in the beginning of January 2014.

So we launched multiplayer. We are so happy it’s finally out and we hope that most of you are so too. We know some of you guys don’t like changes, but in this case change was inevitable. Change isn’t always a bad thing and it helps if you are open and embrace it.

We know that there still are some bugs in there and, as we told you in a previous status update, we’ve planned to fix them now. Some of the bugs that might appear will only show up now when we get thousands of players coming in to play the game. Our aim is to fix them as soon as we possibly can. So bear with us while we fix them. Today we’re releasing a new Launcher that will help us finding bugs and other issues.

We don’t see the release of multiplayer as us being finished just because it’s released, but rather the start of a new era. A new era containing a lot of improvements of the game and new features. So please don’t focus on finding changes you don’t like, but rather embrace what cool new features are there and how you can re-explore a world of hunting you’ve learnt to like and even love.

We’d like to thank Pratze, with friends, who made a fantastic multiplayer trailer (http://www.youtube.com/watch?v=9p2e_7z_jiA) and BillytheCrayon who made great informative videos (http://www.youtube.com/watch?v=3YhCueAuf8g) of the changes that came with multiplayer. We’d also like to thank all you fantastic people who helped out and seeded the torrent when we got overloaded, and all of you who helped other players when they had problems with the download.

I, Pim, would also like to, publicly, thank the team for the outstanding effort this has been.  I’ve never worked with such a dedicated and talented team before. What you guys have achieved is amazing. The number of hours you’ve put in is just crazy and I hope you feel that it was worth it. A big thanks goes to the team members families who have had to put up with a lot of absence. I hope you understand that Expansive Worlds and our community needed some extra time from them for a while. Thank you all!

A lot of the answers to the questions regarding changes after the release of multiplayer can be found here (e.g. first person animations):
http://news.thehunter.com/multiplayer-update-changelog/ (please read it through)

The most common problems people have come across seems to be the following:

Torrent problem
Possible solution: Delete the torrent folder where the game is installed (default: C:\Program Files (x86)\theHunter) and launch the Launcher through the game site

Settings problem (error 16008)
Solution: Change settings in the launcher (upper right corner) and save them.

We’re aiming to release multiplayer this coming Monday, 3 June. So make sure you play a lot during the weekend since the site and game will be down for a long time on Monday while we’re updating.

And remember to get a membership 😉

It’s status update time again and we have so many cool things cooking right now.

First, we like to, once again, apologize for the downtime the past weekend, we know the added days to your memberships won’t make up for the loss of precious theHunter time. We hope that as many of our free members as possible seized the opportunity to try out all the reserves when we gave you two days of full memberships.

We have a new team, temporary, member. Her name is Palina and she’ll be helping us out for a few days. She’s shown great interest in our animals, so she’ll intially help Peter and Tomas out in creating the fox. 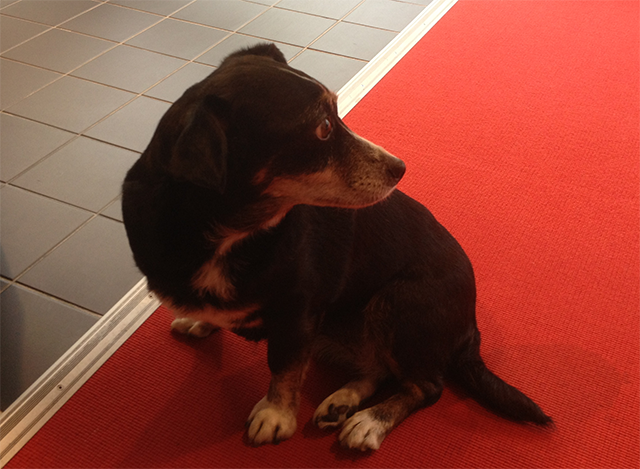 In last weeks status update we mentioned that we’ve been working on a new logo. We can tell you that it is finally done. This is what it looks like:

And here is a screenshot of how the new logo will look like on the new loading screen: 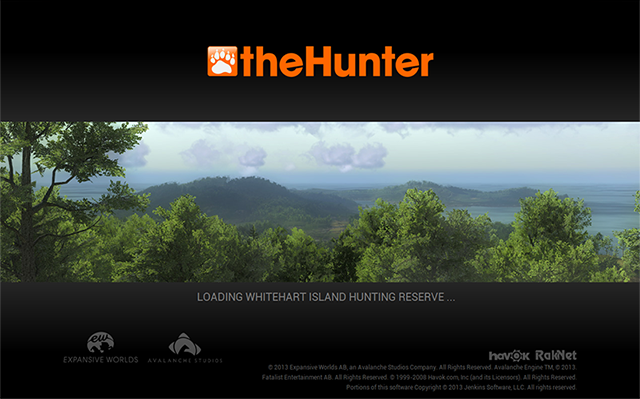 The reason for a new logo/identity is that we feel that with multiplayer theHunter is entering a new phase and we want to show that visually in the games identity. As you can see we’ve kept some elements from the first logo, from 2009, just to keep the connection to our heritage. The new logo will be rolled out over time so we won’t change it on the website until the new site is launched.

So what about multiplayer? We’re very close now. There are still a few bugs that needs to be squashed and some additional polish to be done. But it booth looks and feels pretty awesome. At least from our perspective. Our fantastic team has put in an incredible amount of work into multiplayer almost working 24/7 for the past months. So bear with us, good things are coming, but we need to make sure it’s good enough to release.

We got a package today. It’s a new “toy” that we are somewhat excited about. Below is a picture of Danny trying it out. We will tell you a bit more about later, but we’re interested in knowing what you, who know what it is, think about it. Would it be a good addition to theHunter experience? 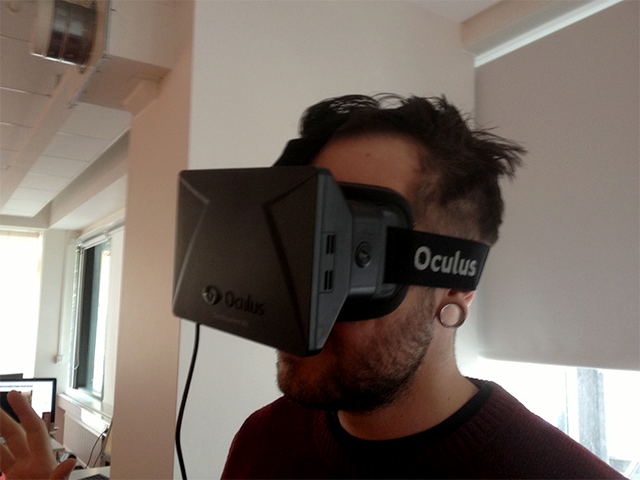 Due to the server problems we experienced during the weekend we’ve extended all memberships by two days.

We’ve also added two membership days to all free members as well (so you can hunt all animals in all reserves). These will expire in 48 hours from now.

The sale on memberships and membership bundles have been extended as well and will end midnight tomorrow, Tuesday, CET.

Once again, we are very sorry about the down time.

Good things come to those who wait…

We don’t have a lot to tell you today other than that we have been extremely busy finishing Hemmeldal, and now it is finally out. We hope you’ll enjoy this new addition as much as we do.

In addition to the Brown Bear and the reserve itself this update also includes a winter camo version of the ever-popular Happy Camper Tent which is now available at Doc’s Outfitters. To celebrate this major milestone in the history of this game we’ve also launched an exclusive Hemmeldal themed multi-species competition that will run from today until Friday. Enjoy! 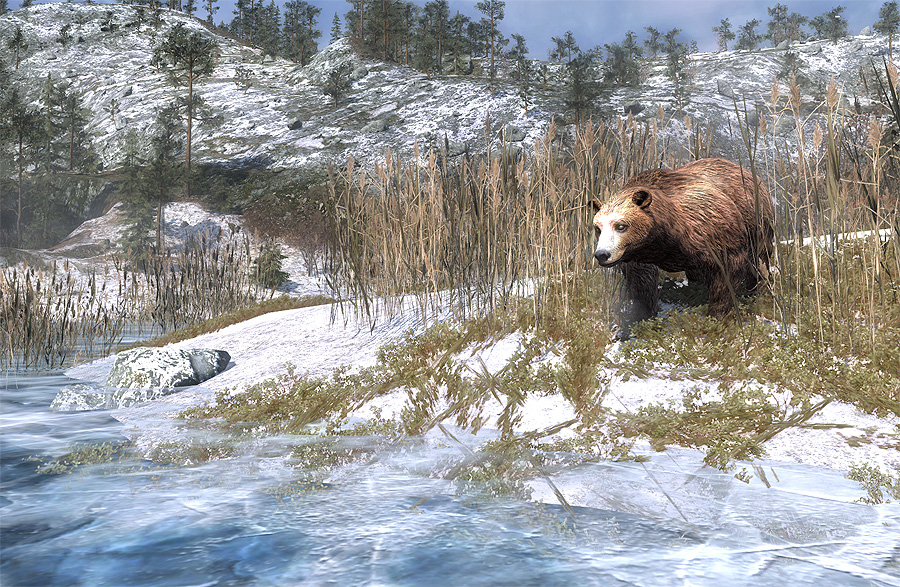 We’ve had two competitions running and it’s time to announce the winners.

Since we couldn’t agree on what video was the best one, we have decided to declare three winners in the Bear hunting tutorial video competition. So congratulations to Tygerwolfe, Hawkeman and Samurai004. We thought your tutorials were great and you’ll all get either 5000 em$ or a “Pathfinder” Membership Bundle.

Check their videos out here:

Congratulations to all three of you. Keep up the good work!

We also had a joint competition with our friends over at Matomy over the weekend. The players that completed the most offers through Matomy would win Cupid arrow packs. And the winner are as follows:

Congratulations! We’ve added the arrows to your accounts and we hope you’ll have a lot of fun using them.

We’d like to start off with thanking all of you who have participated in this competition. We appreciate all your hard work and we were very impressed with your creations. For those of you who didn’t win, we hope to see you enter the next video competition that is starting soon.

Congratulations BillytheCrayon, we’ve chosen you to the winner for this competition. You’re prize is either 5000 em$ or a “Pathfinder” Membership Bundle.

Balthus – Great tutorial, but it was too long
http://www.youtube.com/watch?v=uQs8y_xaSMs

Once again, a big thanks to all participants. Great work!

Even if it’s only our hunters from the US that celebrates thanksgiving this week we thought it was a fantastically good reason for us to have a countdown to celebrate this fine holiday. So we’ve set up no less than four turkey hunt competitions. A new one starting every day until Thursday. 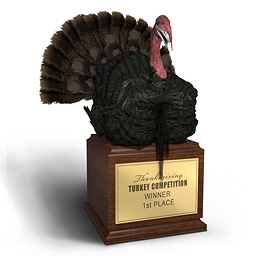 Turkey hunting is free for all players until Thursday!

We’ve also put together a pretty sweet offer related to this. A turkey bundle, containing:
12 GA Side by side Shotgun
3×12 GA Shells (Birdshot)
Turkey Box Caller
All of this at 25% off the original price.

If you only want the Side by side Shotgun, the 12 GA Shells (Birdshot), or the Turkey Box Caller, you can get those for 20% less until Thursday.

We have created a user survey that we hope you, the community, are interested in helping us complete. The reason for this survey is so we can learn a bit more about you, as a group, and what you want. The information you provide will not be stored with your account details, so we will not be able to track your answers back to you.

The answers you provide will, together with your suggestions in the forums, guide us in the right direction for further development of theHunter.

The survey is now closed!

Thanks to all of you who helped us out by completing the survey!