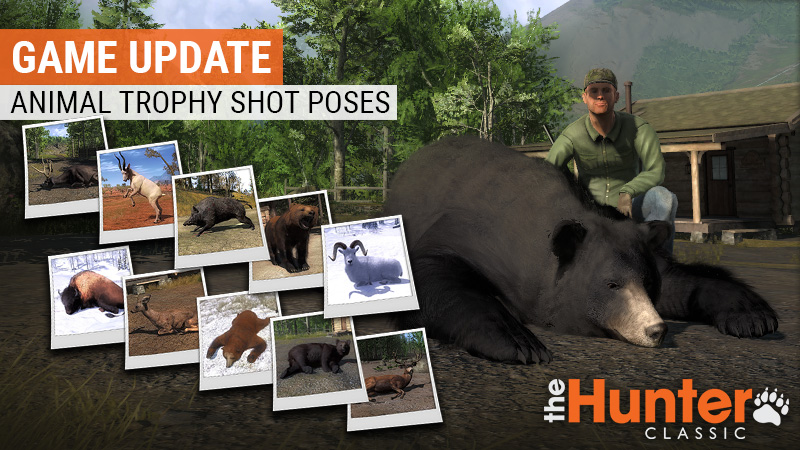 Howdy hunters!
We have just made a new release with a few fixes and some new content.
Here’s the changelog:

You can find them in the Store individually for sale or in one convenient Bundle!

✅ Fixed an issue with the E-Caller UI where it would disappear after a specific series of actions.
✅ Fixed a bug where shooting some animals with 12 GA Buckshot ammo on localized versions of the game would cause the game to crash.
✅ Fixed a bug where sometimes the camera rotation freezed during a Trophy shot.
✅ Fixed a bug where taking a Trophy shot of an animal floating in the water would cause the game to crash.
✅ Few minor fixes in missions and competitions (6 missions and 2 competitions have been updated). Thank you for your feedback and please continue to send it, we are on a mission (excuse the pun!) to fix them all!

✅ Added a new key binding to “Unfreeze animal pose” during a trophy shot. You can find it under Options > Key Bindings > Trophy Shot (default key: ).
✅ 7 Mission Packs have been updated with improved descriptions:

Special thanks to community member TheSheWolf for reviewing and proofreading the mission’s text!

We hope you enjoy this update, and as usual please let us know if you bump into any issues!

Join the conversation on the Forum:  https://forum.thehunter.com/viewtopic.php?f=9&t=92280