Today we’re introducing a couple of significant changes to turkey hunting, with a new “locator” caller, turkey decoys and tweaks in the species’s AI. Our game designer Björn has put together some notes for you, make sure to read them through before grabbing the new lures and setting off for Settler Creeks or Whitehart Island. 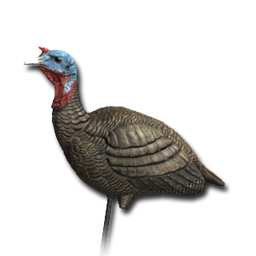 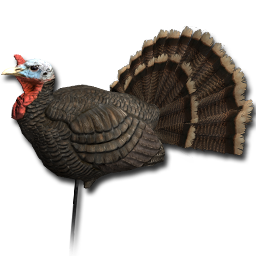 Turkey decoys work a little differently than the previously released waterfowl decoys. While the latter ones are primarily used to get high-flying flocks to land, the Turkey decoys are in the first place applied for attraction and distraction purposes.

The attraction component is similar to that of scent and callers, however detection is affected by the birds’ field of view, which means that they need to be fairly close to, and have an unobstructed view of the spread to have a chance of being attracted.

While this can be considered a serious downside compared to the traditional “Box Caller”, there are some very nice advantages to using decoys.

Turkeys stay longer at decoys than they do at a call location and, since they do not require active engagement from a hunter, decoys can also be used to draw the birds away from hunters rather than straight to them, which naturally decreases the chance of detection as they approach.

The final and possibly most important advantage to using decoys vs. a caller is that in addition to attraction they also provide distraction. Birds attracted by decoys are highly focused on their target and thus are less likely to detect hidden hunters. This can be thought of as an additional camo bonus being applied to hunters for as long as a bird is at the decoy site.

The attraction and distraction effect stack over multiple simultaneously detected decoys up to a maximum of three. 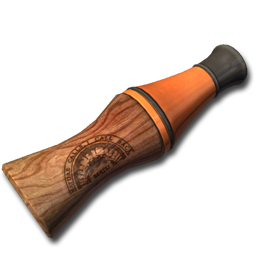 The turkey locator caller functions in a similar manner to that of the Pheasant caller. The call sound does not attract Turkey but creates a chance of a response from any male Turkey in the area, which in turn allows the hunter to track it down using the corresponding audio clue on the HunterMate.

Response chance is tied to the score of the individual, with higher scoring Turkey being less likely to respond than low scoring individuals.

Most animals in the game get more spooky and thus harder to hunt the higher they score. This creates a nice relationship between effort and reward, when skilled hunters can increase their chance of better trophies through the way they play. Turkeys have never been a part of this system but this has now been changed as a part of this Turkey flavoured revamp. Higher scoring males are now somewhat more spooky while females and low scoring males remain at the previous difficulty level.

Since decoys are detected visually, Turkey have to be fairly close to notice them. To increase your chances, try using the “Box Caller” as a means to get them within visual range of the decoys. Decoys always override all other lures, which means that they will forget about walking to your call location as soon as they’ve detected the decoys and leaving you to focus on taking that epic shoot with your favourite close range weapon…